I recently upgraded my childhood Game Boy Pocket with a new shell and a backlit IPS screen upgrade which inspired me to do another to allow me to play multiplayer with my family using a Link Cable.

Rather than upgrade another Pocket, I bought and upgraded a Game Boy Color. Here is a before and after photo: Here is how I did it.

Perform any modifications at your own risk! I take no responsibility for any damage caused. 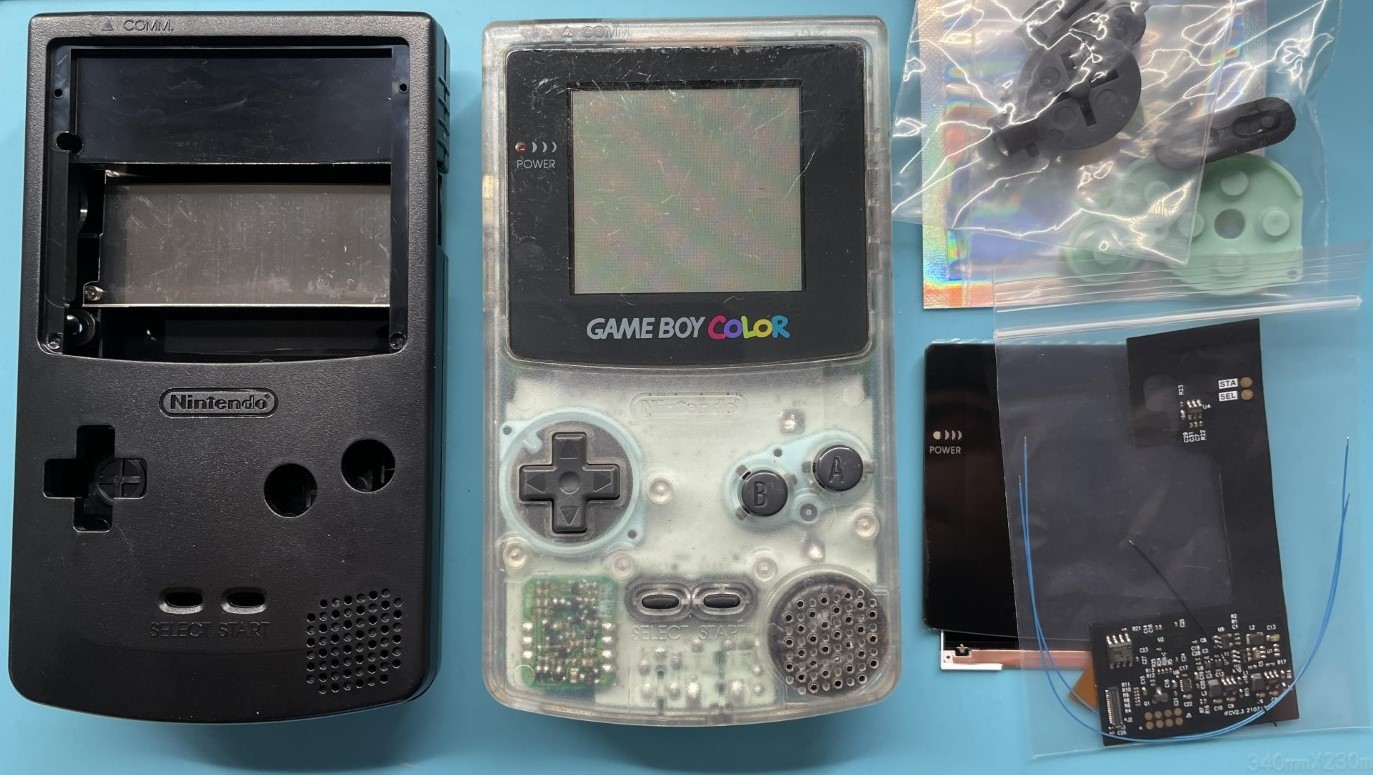 I kept the old shell and parts as I can revert it to original if I ever want to.
Maybe to sell it in that condition... Who knows? Next I cleaned the PCB and inpected for any obvious issues. I was lucky and found no big issues.

I quickly swapped out the original speaker for a new replacement. Before fitting the new IPS LCD screen it needs to be tested. This is in case there are issues that need to be dealt with under Funny Playing's warranty. Before the screen is fitted to the shell, check that the Start and Select buttons fit it properly.
I needed to do some minor filing of the holes to allow them to move freely and I've seen others needing to online.

Next the screen can be fitted to the new shell which is made to support this type of screen.
If the original shell is used, a lot of plastic needs to be trimmed to create enough space for the LCD panel.

The screen comes with a black insulating sticker for the back of panel and a small one for the bottom of the front. These stop any shorts any exposed metal on the panel. The adhesive liner is removed and the sreen is slid in from the front of the shell so that its protector fits in place. After fitting the screen, I placed the screen protector back on until I've finished working on the Game Boy. The remaining wiring was completed next. The ribbon cable needs two wires added to be able to utilise the select and start buttons. The driver is mounted to the back of the screen as shown. I used Kapton tape to fix it and cover it to avoid shorts (in an abundance of caution - it shouldn't be needed). At this point the PCB can be fixed into the shell. I used a Torx screw set which includes the internal and external screws in Torx format.

I went back after taking these photos and added the additional touch ribbon included with the kit which seems to be more sensitive than the built in touch pad.
I wasn't able to use the touch functions properly without it. And it's finished and working.